People often think that you’ll be stoned and incapable of doing anything productive after a session when it comes to smoking weed. While this is true for some types of weed, in reality, this isn’t the case. Some marijuana strains can even make you super focused and productive. The key is finding what those strains are and using them to your advantage.

So yes, there are typical strains that will boost your productivity. Many people use them daily to kick start their morning and stay focused throughout the day. Even doctors prescribe specific weed to stay focused and relieve stress. But, since we aren’t doctors, we can give you the next best thing. In this article, we’ll enlist all the strains which are famous for their productivity-enhancing ability. Some of them might be hard to acquire, but, in general, you shouldn’t have any issues finding every single one of them on the list. While some of them have other effects, such as energizing and uplifted feelings, all of them will boost your productivity, and that’s the goal we’re aiming for.

But first, let’s see how marijuana can improve your productivity and why you should consider smoking weed instead of other options, for that matter.

Why Is Marijuana Good for Productivity? 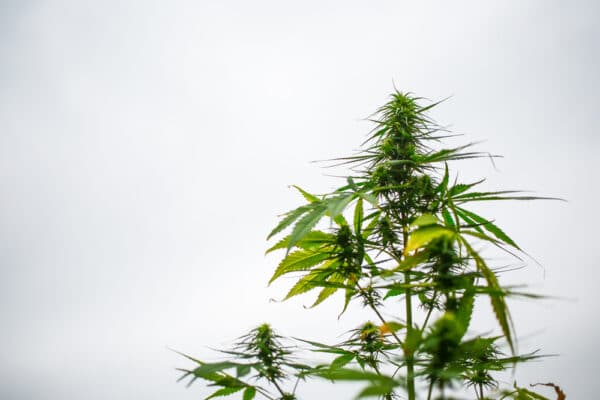 Modern-day jobs are very stressful. In most workplaces, you need to multitask, which is hard if you aren’t focused enough and pay attention to details. Because of this, many people break apart and have tremendous stress-related issues. It’s no secret that today’s jobs are the most stressful they have ever been. But can weed help you out? Is weed the key?

Many people don’t think so. They also believe that marijuana can’t boost productivity and that the people who use it for such purposes exploit the plant to get high. But, we highly doubt that this is the case. There isn’t any objective “concrete evidence” that there is a correlation between weed and productivity boost. Just because some paper doesn’t say so, it doesn’t mean that it isn’t there. Many surveys were taken, which clearly show that people who smoke marijuana report a boost in productivity. And not only that, there was a study in the US 2 years ago that was taken in one company. One hundred employees were given weed during their work hours, and guess what? 90%+ of them said that they had a boost in productivity and creativity and were more focused. These numbers show us that specific cannabis strains can indeed boost your productivity and make you feel more attached to your work. Keep in mind that cannabis is still taboo and that many people disapprove of its usage, even if it brings something valuable to the population. With that being said, it comes as no surprise that companies don’t advocate cannabis and that there isn’t much research regarding the connection between marijuana and productivity.

Nevertheless, numbers are numbers, and if more than 90 people from a group of 100 said that cannabis does indeed boost their productivity, we can’t do anything but trust them. Therefore, let’s see what different marijuana strains which are famous for their productivity-boosting effects are.

Top 4 Strains to be Productive 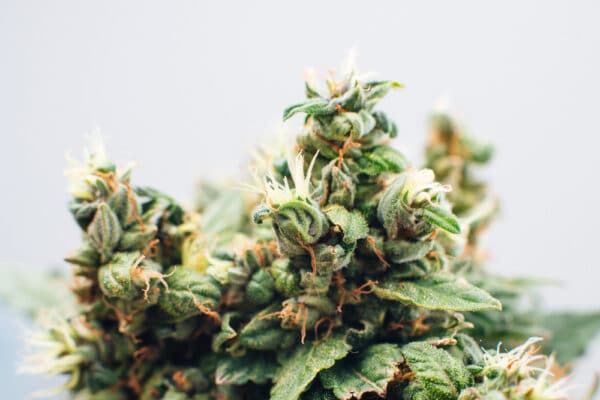 On the first spot, we have Haze, a Sativa-dominant hybrid around for a while – from the 1960s. In California, they know how to create great weed, and Haze is no different. It’s highly praised across the weed-loving community as one of the staple strains you come back after years. Even if you don’t want to try out something new, Haze will always give you a buzz you need, no matter how many times you take it.

With Haze, you need to be careful, and if you’re a newbie, maybe you should try out something weaker first. We say weaker because Haze has a high 23% oh THC in it, making it pretty potent. Haze is an excellent stress-relieving strain that has energizing effects you’ll feel within minutes. If you want something to tone you down and give you a relaxing few hours on your sofa while you watch a thriller – you should skip Haze. This hybrid is made for those who want to feel energized, full of energy, and do their work for the upcoming day. Usually, users smoke Haze in the morning, which is why it’s considered “wake-and-bake” in the weed community. If you’re looking for a staple strain that will make your productivity skyrocket and generally make you feel like you can crush the world and that everything is possible, Haze should be your first pick. It’s been used for more than 50 years by individuals worldwide, and if you ask us, there probably isn’t a better overall productivity strain than Haze. 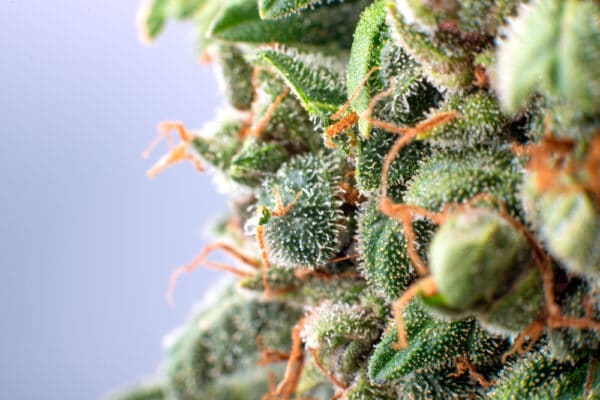 Next on the list is Pucker, a Sativa based hybrid that has become popular in the last couple of years. Sure, it has a long way to go before this strain becomes mainstream, but still, Pucker is perfect for an uplifting and energizing effect for those who know what they want. It’s a cross between TK91 and Lemon G, which are both pretty popular strains themselves. Sitting around 21 to 23% of THC, Pucker is considered as a bit stronger strain. Sure, there are way more potent strains available, but the combination of lemony taste and strong effects of TK91 make Pucker a tremendous strain for everyone who wants a more potent strain but doesn’t want to be blasted entirely off.

This strain doesn’t make you more productive, but rather to be way faster and think clearer. If you’re working on a job that requires concentration and attention to detail, Pucker will surely help you out. Users report that they feel like they hurry somewhere (in a fun way) after using this strain. Generally speaking, this is a great overall strain for everyone who wants a decent buzz but wants to improve their concentration and attention. The only real downside to this strain is that it isn’t widely available, which means that you really need to dig to find a reputable seller. 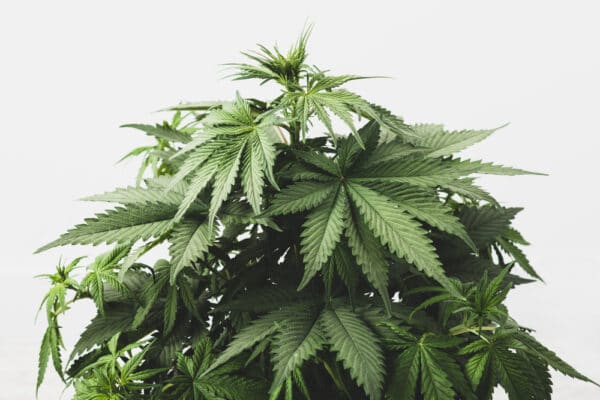 Brace yourselves – we have an Indica dominant strain on the list. We admit it, and it can be kind of mindblowing that we have an Indica strain present here since the effects of Indica are, in most cases, a total contrast to the Sativa strains. When you take Indica, you won’t feel the burst of energy. Instead, you’ll feel relaxed and sleep, which is why Indica strains are mostly used in the evening when you need to relax. But, mango kush is a bit different.

This hybrid is a mix of the Hindu Kush and Mango Indica. The combination makes Mango Kush pretty awesome since it doesn’t affect a typical Indica. We could say that Mango Kush is like a black swan. It’s different from the others, but it’s beautiful. First of all, this strain has a fantastic taste. Even if you don’t like mango – after smoking this strain, you will change your mind. Secondly, in the first few minutes of inhaling, Mango Kush gives you a strong energy kick, utterly different from other Indicas.

On the other hand, Mango Kush also helps with stress and chronic pain. So, we can say that if you take this strain, you’ve hit the jackpot. It has everything you could need from marijuana.

One thing you should keep in mind is that this strain isn’t strong. The THC percentage ranges from 11-21%, which means that if you’re looking for something that will hit you hard, this isn’t it. But nevertheless, Mango Kush is a strain even veteran smokers come back to once in a while since it’s that awesome.

Sour Diesel is often considered as one of the most popular strains on the market. This highly potent hybrid is a cross between Sour Diesel and Super Silver Haze, which are alone prevalent strains. So what do you get when you combine two high-quality strains with a considerable fan base – some would say a perfect strain.

Indeed, Sour Diesel is pretty amazing. As we said, it’s highly potent and has over 24% THC. This puts it on the higher range of strength levels, which means it isn’t for everyone – especially not for novices. Even more, experienced smokers might think that this strain is too much for them. But, if you’re up to the taste and adore more potent strains, you will indeed have quality time with Sour Diesel. After you inhale it, you’ll feel the energizing effects within seconds. The uplifting and the euphoria will make you stand all day on your feet and crave something to do. If you don’t love to hang out or work, you might not like Sour Diesel. It’s best to take this strain early in the morning, and you’ll kick start your day. Even if you’re a night guy, you can take it before you go out. You’ll indeed have a fun time in a club dancing all night. 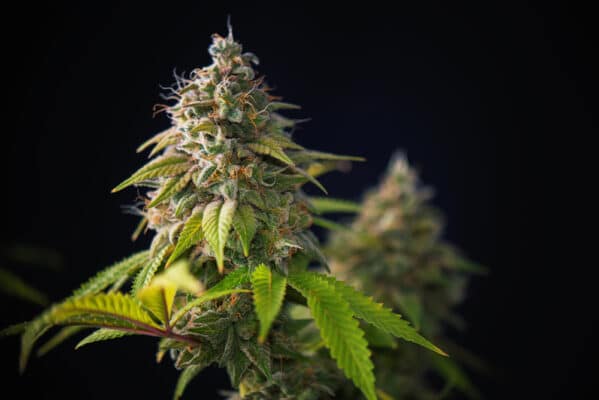 All in all, marijuana can make you more productive. It’s just a matter of picking the right strain for that matter. If you want to try something new, definitely consider the strains mentioned in this article. They will surely bring your creativity to the spotlight and relieve you from stress. At the same time, you’ll be more connected to your work, and you’ll finish your day to day tasks in no time.