Weed consumption has been around for hundreds, if not thousands of years. However, smoking weed today is not only an activity. Consuming cannabis presents a particular trend that keeps growing continuously. Different strains, ways of ingesting, health benefits, and adverse effects are easily explored thanks to the internet.

The majority of marijuana enthusiasts heard of a specific myth regarding whether coughing during smoking sessions makes you higher or not. We all experienced that characteristic cough when smoking ranging in strength and intensity. Now, is this a simple myth, a placebo effect, or a fact? 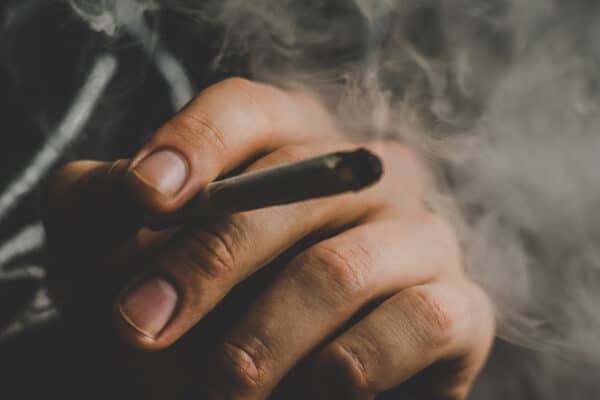 While inhaling any smoke, your body’s natural response is to cough and produce mucus, especially when smoking cannabis.

Scientists claim that coughing during smoking cannabis does not intensify the high. Instead, simply ingesting the smoke is the only thing that makes you high and produces the trip.

However, there is one theory that supports this common myth regarding coughing and increased THC levels. It is essential to state that this is only a speculation but definitely worth the mention. That mini grasp of air you take before hitting it up might increase the lungs’ surface for a moment, enabling a more significant absorption of THC. As said before, this is only a speculative theory, and no scientific claims have been made to support this hypothesis.

Guided by previous research, we can safely assert that coughing while smoking weed does not get you higher. Yet, a vast number of marijuana enthusiasts claim that those infamous coughs intensify their trip. How is that possible?

There are a couple of theories about why you feel higher when experiencing coughing during your smoking sessions.

A universal explanation is relatively simple: While ingesting the smoke, your oxygen levels get lower, presenting a particular impact on the brain, including lowered blood pressure. These effects cause dizziness,  lightheadedness, and a sensation often perceived as a heightened trip when, in reality, your brain lacks oxygen. This lack of oxygen in the brain and ingesting THC produce that “cough” trip the cannabis community keeps mentioning. 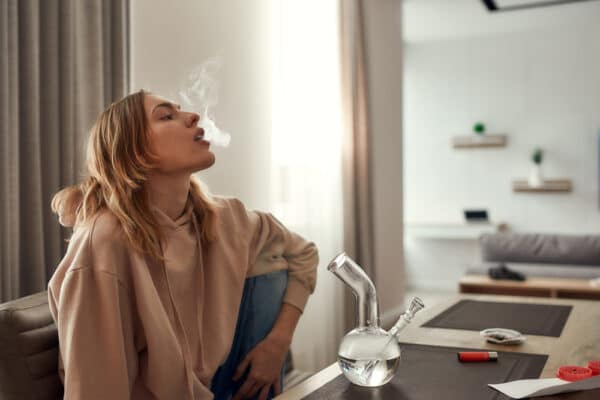 Cannabis users, especially new ones, sometimes overdo it when it comes to the hit’s size without even knowing it. When smoking a giant bowl, your body’s natural response is heightened coughing, and an amplified quantity of marijuana will get you higher than usual. If you don’t pay much attention to the exact amount of weed you ingest, it’s no wonder you relate coughing and that extra high. Just be careful and always know the quantity and quality of your favourite herb.

Rolling a joint, ripping a bong, or using other smoking tools all affect your lungs and cause a different intensity of the trip itself. In addition, smoking a joint, bong, or any other dry pipe causes heat, which can be pretty hard on your lungs, increasing coughing. This irritation can be very unpleasant, so don’t be foolish and relate it with stronger trips.

If you like piping it up, consider using water bowls since the smoke is filtered in water. Besides, it will get you high as much as any other tool while being safer for your lungs than bongs.

We can’t definitively state that coughing and stronger trips have or don’t have anything to do with each other until the scientific community conducts more research. However, scholars offering significant proof regarding the subject are in the majority, making it safe to say: No, coughing after smoking weed does not make you higher.

State your opinion and let us know what you think in the comment section.