Green cannabis, one of the most powerful plants, provides its users with rather massive therapeutic effects for several conditions, such as anxiety, seizures, pain, and others. However, taking a dose that is considered a bit too much can produce some unwanted effects. After the effects are in, it can further cause what is called greening out.

THC and several other cannabinoids interact with the receptors in your system, including the ones in your brain, CB1 and Cb1. Once you consume too much THC, the receptors in your brain become overwhelmed, leading to inadequate feelings. The symptoms you feel and whether greening out will happen or not depends on several things, including the potency of the cannabis, your tolerance to THC, and several other factors. Don’t worry; you won’t die as the THC can’t harm you as other heavy drugs can; however, it can cause colossal displeasure. However, be prepared for symptoms such as:

It Can Happen to Anyone

Once you smoke cannabis or ingest it, you are in for a treat. It all depends on the amount of THC you consumed, your tolerance, and your previous experience with the psychoactive substance. When smoking cannabis, the effects can be felt sooner rather than eating it, which can then cause a quicker onset of the infamous greening out.

Once it happens, the length varies the same way as the regular high on cannabis does. So you will be in a minor problem anywhere from a few minutes to several hours. Greening out does not require any medical care as symptoms should disperse on their own. However, if weed is not the only thing you have taken, and you start feeling the symptoms of greening out, then medical attention is of utmost importance. 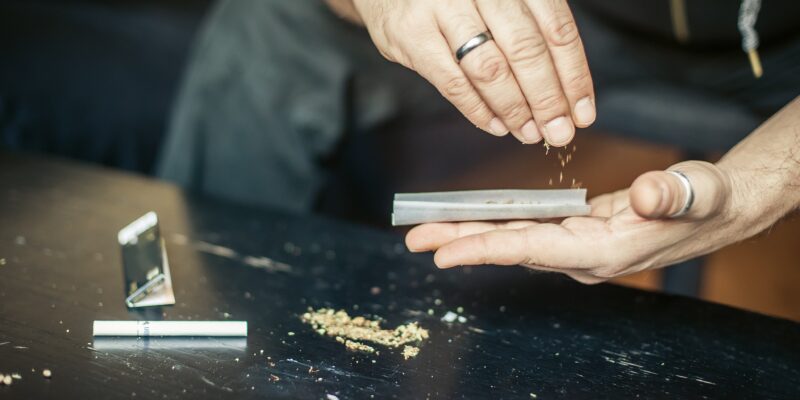 Is Greening Out Lethal?

Consuming too much marijuana can sound a few alarms, but there is no circumstantial evidence of death following a marijuana-induced high. It won’t cause any long-lasting issues, though people with untreated heart problems can develop over-sedation, which further suppresses breathing if cannabis is combined with sedatives and sleeping pills. Another condition that can appear after taking too much cannabis is cannabinoid hyperemesis syndrome (CHS), which causes extreme vomiting, nausea, and pains in the chest and abdomen. It is a relatively rare condition, but it can happen following long-term and heavy cannabis use.

Can Greening Out Be Prevented

To prevent greening out and the unpleasant high, on the whole, you should know your limits. Greening out will likely happen to first-time users or don’t care about the adverse effects. Those who experience consuming cannabis will easily sense the tolerance threshold and stop when they start feeling they had enough. On the other side, those who didn’t cross paths with weed before can begin with a lower dose and increase the dosage after a waiting period of an hour. Until the effects are settled in.

If you feel like you have had enough from one or two puffs and are already high, don’t try anything crazy and continue to smoke more. Instead, keep away from the joint and don’t let peer pressure affect you negatively.

Prevention is the best cure, and to prevent the greening out before you even start consuming cannabis, eat and drink plenty of water before smoking. If you take cannabis on an empty stomach, it will have the same effect as drinking alcohol. Quicker resorption of THC if there are no nutrients present in your system.

Other than this, you should be aware of the dose of THC you are taking in, whether through smoking or different edibles, such as THC-rich brownies. All can lead to an unpleasant high and further greening out. 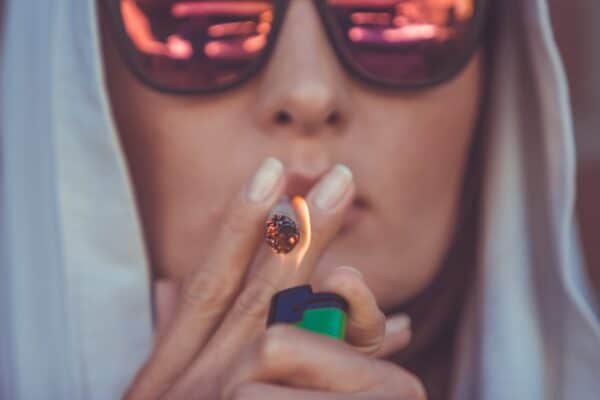 Once it happens, there is no turning back. However, you can take a few steps so that all the symptoms pass without any significant scuffle.

If you are feeling like in the middle of an unpleasant high, that’s it; you are in the middle of greening out. The first thing to do is don’t go into panic mode. Please don’t get too anxious circling in small pacey steps as it will eventually pass. If you feed the anxiety and paranoia, it will only get worse.

It should hinder you in the next few hours, but give it a good 24 hours for the symptoms to go away and you return to your regular self. However, while you wait for things to pass, you can ease your problems by taking medication, going for a walk, and relaxing. Everything is better than freaking out.

To diminish the greening out, you can move around and try to focus on simple things such as deep and slow breathing through the nose and mouth. If it helps, keep your eyes closed. Train your focus more as you try to sing out loud the lyrics of your favourite songs to reduce the anxiety more.

One more important thing during this event is to stay hydrated. If you haven’t drunk water before, now is the time as the good old H20 will help you remedy the symptoms you are experiencing. In addition to water, you can also go for some juice or caffeine-free tea.

If nothing else helps, lie down in a quiet and safe space. Close your eyes and prepare yourself for a nice nap. Though anxiety can kick in hard at the moment, relaxing music or even white noise can remedy it.

Nevertheless, you have several other things to try out, including exercise, as it will improve your blood flow, reduce stress, and even release THC from fat cells. You can also heal this bad experience with a refreshing shower, bath, or a massage of the tense muscles.

It is essential to know your boundaries and never succumb to peer pressure. If you are just a bit over the bar, it can lead to several problems. Though none of them will harm you like the heavy drugs, you should stop when you start experiencing the first symptoms. However, if the greening out does happen, you have plenty of options to diminish the symptoms.

Once you are out of the greening-out phase, it is essential not to stress your body further, which means avoiding taking weed for at least three days. In addition, full-body detox is advisable after the greening out as it will help recover the body.