It’s never a pleasant sight to see mould on something that you want to consume. It might be bread or cheese. Mould is often a clear indicator that something is wrong, and the cheese, for example, stayed outside for too long. In this case, the cheese won’t be going into your belly but rather – into the bin. But, noticing mould on bread or cheese is smooth. You can usually spot this based on the colour change or a nasty smell. But, another thing that can be mouldy is weed. Yes, pot can go wrong, and it’s pretty hard to notice if it’s mouldy or not.

Noticing mould on your weed is essential. You wouldn’t want to buy a bud that isn’t high quality, and if your vendor sells you mouldy weed, then it’s time to contact a new one. Mouldy weed doesn’t only have a bad taste, but it also carries some adverse effects along which can ruin your health and overall experience. In this article, we’ll talk more about mouldy weed and different things you can notice, which will straightforwardly tell you that the pot you’re holding is mouldy. Then, when you see it, we’ll talk more about the next steps you can take to turn the mouldy weed into its original state and still enjoy it to the fullest. 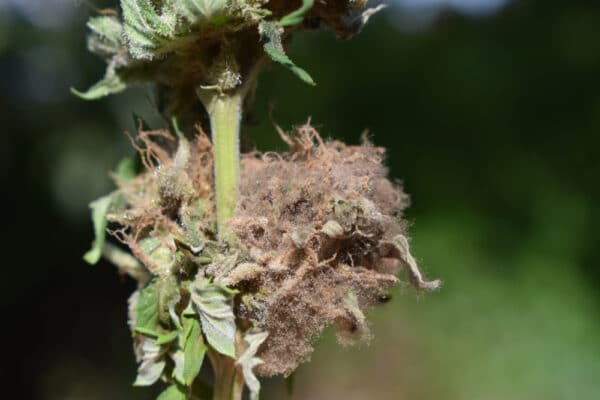 There are a few things that you should look at when inspecting the texture of your weed. The first thing that indicates that your pot is mouldy is the white coating. If you aren’t an experienced cannabis user, this coating can often be mistaken by trichomes that most weed has. While trichomes and more are alike, there is a clear line between them. Trichomes are sticky and shiny, and most importantly, don’t have any smell. Unlike trichomes, mouldy weed is sparkly and has a powdery appearance. Additionally, mouldy weed often smells pretty bad.

The general rule here is that your nose might notice some things faster than your eyes. So, if you notice that your weed smells terrible right out of the box, then you should contact your supplier and see what’s going on. Additionally, if you don’t notice the odour at first, the white powder on the surface of the weed should alert you that your weed might be mouldy.

Should You Smoke Moldy Weed? 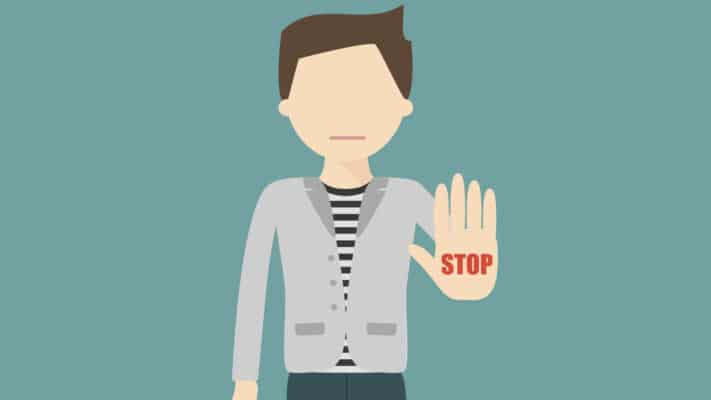 The consensus here is that it probably won’t kill you if you smoke it, but it isn’t recommended to do so. Mouldy weed won’t cause any side effects apart from the basic ones you might get from smoking a proper joint or a cigar. But, if your pot is very mouldy, it might cause vomiting, nausea, vertigo, and so on. This only happens in a handful of cases, but yet, we must put it out there. So, it’s really up to you whether you’ll smoke it or not.

What’s also worth mentioning is that people who are allergic to mould shouldn’t, in any case, smoke mouldy weed. The reason is apparent, and if you smoke weed that has something in it which you are allergic to, some of the signs to look for are:

Can You Remove The Mold?

The short answer here is – no. We live in a time where acquiring good weed isn’t too much of a hassle and isn’t too expensive. With that being said, you shouldn’t gamble with wicked, mouldy weed. Ditch it, and buy a new bud that you’ll enjoy. Some people try to cut the mouldy parts and then smoke the rest of the weed, but we aren’t familiar with this procedure and can’t recommend this to our readers. It’s better to be safe than sorry, and therefore, if you notice that your weed is mouldy, you should stay away from it.

If there is one thing every weed lover hates, it’s mouldy weed. Imagine this scenario: You had a rough day at work, and it’s Friday. You can’t wait for your shift to end to go to your local weed supplier and buy a bag. Your friends are waiting for you at your place, and you are ready to have the best night ever and to enjoy some relaxing time. Everything is going to plan – you finished your shift, bought your weed from the supplier, and are driving home. Life is great. Your friends are there waiting for you with a smile on their faces and grinders ready. You take your beloved weed out of the package and…cold shower.

Your weed is mouldy. Suddenly, something that should be a fantastic night turns into just a regular hangout and playing video games. So, it would be best if you stopped this from happening again in the future. And the question arises, how can you tell your weed is mouldy before even buying it? Is there a way you can recognize such weed? In this article, we’ll cover some of the most critical signs of mouldy weed and guide you so that you don’t fall to the same trick again. We’ll also see if there is a way to smoke mouldy weed or fix it so that it isn’t mouldy. So, let’s dive into the world of mould!

How to tell if Weed is Mouldy

If you are an experienced cannabis user, distinguishing mouldy marijuana buds can be pretty straightforward. But, if you are new to the game or just a seasonal smoker, this can be a confusing and demanding task. Essentially speaking, mouldy cannabis has a distinctive whitish coating. For a trained eye, this is apparent. But, if you aren’t experienced, you may confuse mould with trichomes. We will admit it; trichomes do look somewhat similar to mould. But, there is a way you can distinguish it from one another.

First of all, what are trichomes? Trichomes are tiny, shiny, sticky crystals that can be found on the leaves of cannabis plants. They are the “heart” of marijuana. Thanks to them, cannabis gets its distinctive aroma, and they are one of the main reasons you get high when you smoke.

Unlike trichomes which are extremely important and are present on every healthy cannabis plant, mould has a different appearance. In most cases, mould has a gray/white powdery appearance. If you can’t notice any difference between mould and trichomes, your nose can help you out. In 99% of cases, mouldy cannabis will have a specific odour. If you sniff your bud a bit, you will quickly notice that something is off. Cannabis has that grassy smell but if it’s mouldy – believe us when we say that, you will see it for sure. One can say that you can trust your nose more than your eyes.

Is It Safe For Smoking?

In most cases, smoking moldy weed won’t cause you any issues except for less of a high you will get than if you smoked a healthy bud. So if the situation is that you have mouldy weed, you don’t need to panic. And you don’t have to flush your weed down the toilet either. You can still smoke it.

Generally speaking, smoking moldy weed won’t cause any medical problems for you. You might cough a little more and have nausea, but it all depends on how much you inhale. In some cases, vomiting might occur, but all of this is more unpleasant than dangerous.

Problems might occur if you are allergic to mould, and if that’s the case, you should stay away from mouldy weed. If this is the case, smoking moldy weed can cause you:

The consensus regarding mouldy weed is that it surely won’t kill you, and you can use it even though it’s mouldy. Of course, it’s always recommended to use healthy weed from a proven supplier, but if the case is that one batch is moldy, you will be safe.

Can You Fix Moldy Weed?

This is a rather good question. Most would think that you can get rid of mould on your weed just by scraping it off, but we can’t recommend that you do that. If you do so, you risk damaging your bud, and then your weed will become destroyed.

The best way to get rid of mould is to – buy new weed. Yes, you read that correctly. Trying to remove mould is very tricky, and truth to be told, it’s very time-consuming. However, the end product might not even be smokable, and thus, you can save a lot of time and nerves if you go out and buy a new bag of your favourite cannabis. Just be sure that it isn’t mouldy this time!

If you want to learn more about mouldy weed and use it safely, we suggest reading this article. It covers some of the main aspects of mouldy weed.

How To Protect Against Mold?

Since now you know what mouldy weed is and how to distinguish it from regular trichomes, let’s see what you can do to protect your fresh and healthy weed from becoming stale.

Firstly, forget about freezers and refrigerators. The low temperatures and high moisture can speed up the mouldy process, and thus, your weed can become mouldy. The ideal temperature to store cannabis is just below 25 degrees. Next, it would be best to store your weed in the correct container, presumably a glass one. Most cannabis dispensaries sell specific containers for this purpose, and if you want to keep your weed safe, they are your best bet. Finally, it would be best if you also store your weed in a dry and dark place. Too much sunlight can harm your buds, so if you have a shelf in a dark spot, that could be the perfect home for your weed.

To sum up, if your weed is mouldy, you don’t have to throw it away. You can still use it, albeit it’s always recommended to smoke healthy buds, which aren’t moldy. A quick inspection of your weed before buying it and a quick sniff of it will ensure that you get cannabis that isn’t mouldy and which you can use safely and without any health concerns.