The cannabis plant has been used as a medicine for centuries. Though there was not much research available, there have been many references made in historic excerpts and chronicles dating as far back as 12,000 years. The terms indica and sativa have been used to describe the two main sub-species of the cannabis plant for hundreds of years. In this article, we will explore the differences between the Indica and Sativa plants.

What Is Cannabis Sativa?

Sativa plants are a herbaceous plant species which has been used as medicine and a source of fiber since the dawn of time. However, it is important to distinguish that what we know as “Hemp” today was originally referred to as “Cannabis Sativa L”.

“Cannabis Sativa L.” was known as the non psychoactive sub-species and was commonly used as a source of fiber and food, as it is today. “Cannabis sativa” was used when referring to cannabis plants with psychoactive effects.

Sativa plants tend to grow tall and lanky with thin, finger-like leaves. Depending on the strain, they can grow up to 12 ft. tall and typically take longer to mature than other types of cannabis species.

Where Did It Originate? 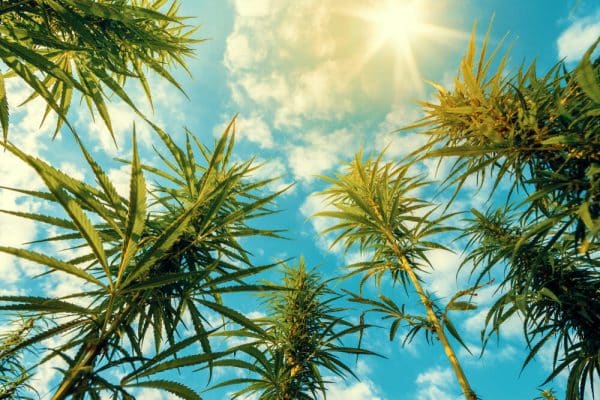 Sativa is believed to be from Central Asia originally, before being brought to Africa, Eastern Europe, and the Americas. Both hemp and psychoactive marijuana were commonly used in ancient China, Mongolia, and Southern Siberia because of their many uses. In fact, burned cannabis seeds and mummified marijuana have even been found in burial mounds dating back to 2500 B.C.

Through widespread use and cultivation, THC and CBD have become a popular option for those looking to aid a number of health conditions. Depending on the strain of cannabis, patients are able to acquire varying effects suitable for any time of day. Whether you prefer indica, sativa or hybrid, you’ll be sure to find the medical effects you’re looking for.

Sativa’s and sativa-dominant strains typically produce happy and energetic effects – making them perfect for day time use. They are known for their cerebral buzz and ability to enhance productivity and creativity. Medical marijuana patients often choose sativa strains for help with appetite stimulation, day time fatigue, and depression. 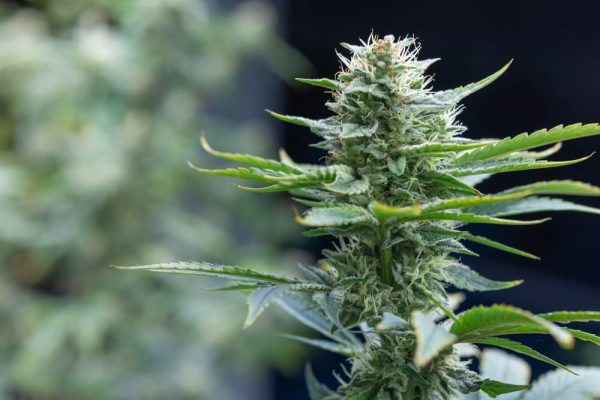 With so many sativa strains to pick from, it can be difficult finding the perfect cannabis strain for you. See our most popular strains below!

What is Cannabis Indica?

Cannabis Indica was identified in 1785 by Jean-Baptiste Lamark. Unlike its counterpart, pure indica strains offer patients a heavy body high instead of a cerebral buzz. Additionally, they often have a higher CBD to THC ratio making them effective in combatting a number of medical conditions. 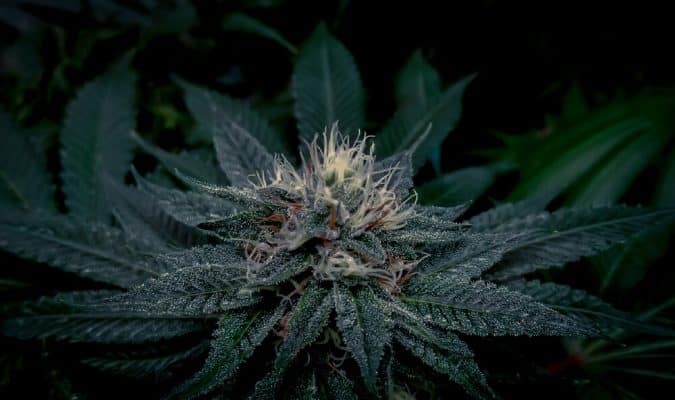 Indica plants tend to grow short and bushy with thick, broad fan leaves. Additionally, they produce compact and dense buds with a thick, resinous coating. Many cannabis farmers prefer to grow indica plants indoor as their growth is not as vigorous when compared to sativa strains.

Where Did it Originate?

Experts suggest that Indica varieties also originated in Asia’s mountainous regions such as India, Nepal, Afghanistan and Pakistan. Due to the severe weather conditions, the plant developed a thick resin coating to protect from bugs and heavy winds. 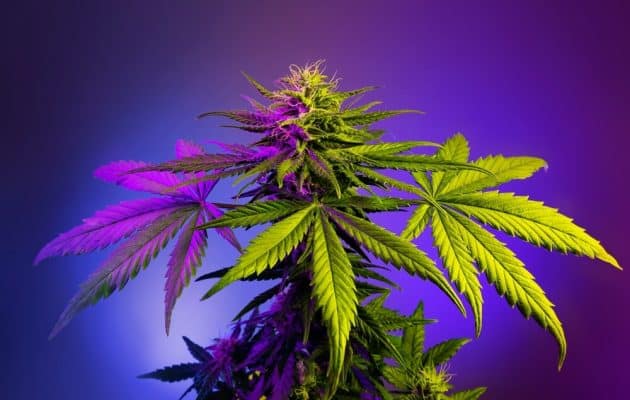 Indica strains tend to contain higher levels of CBD giving them an edge in treating conditions such as chronic pain, muscle spasms, insomnia, anxiety and nausea. Additionally, they can be beneficial to more complex conditions such as fibromyalgia and multiple sclerosis.

Indica effects are known to bring on a relaxing buzz that relieves your body of any aches or pain. Thanks to their intense effects, they are commonly recommended for night time use and are often used as a sleep aid.

With so many unique strains available, it can be difficult to know where to start. That’s why we’ve put together a list of our most popular strains below!

How Did Cannabis Spread?

Experts suggest that the plant most likely flourished in nutrient-rich dump sites of prehistoric hunters and gatherers. From China, coastal farmers brought cannabis to Korea and the South Asian subcontinent between 1000 – 2000 B.C. During this time, it also became popular in India, where it was celebrated as one of “five kingdoms of herbs” to relieve anxiety.

Cannabis came to the Middle East between 2000 B.C and 1400 B.C and was commonly used by the Scythians. From there, the Scythians most likely carried the plant to Southern Russia and Ukraine where they occupied the territories for years. It is then presumed that Germanic tribes brought it to Germany and went to Britain shortly after.

Despite the plants rich history, cannabis didn’t find its way to America until the beginning of the 20th century. It is thought to have arrived from Mexico in 1910, with immigrants fleeing the Mexican Revolution. As American laws never recognized the difference between Cannabis sativa L. and Cannabis sativa, the plant was outlawed in Utah in 1915 and made illegal in 29 states by 1931.

Other Types of Cannabis 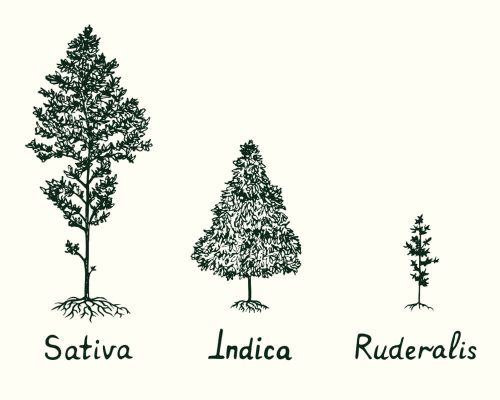 Most people already know the two main sub-species of cannabis, indica and sativa – but did you know there’s also cannabis ruderalis? Ruderalis plants are commonly referred to as auto-flowering strains as its flowering cycle is induced by maturity instead of by the photoperiod. This means that they automatically begin to flower between 21 and 30 days after being planted. If you would like to know more about ruderalis strains, check out our complete guide.

Hybrid strains give patients the best of both worlds and offer more evenly-balanced effects. Unlike indicas and sativas which are landrace strains, hybrids are not. Hybrid strains were created by breeders in an effort to develop strains with different combinations of characteristics. Growers take two strains, breed them and thus, create hybrids for the cannabis industry to enjoy. 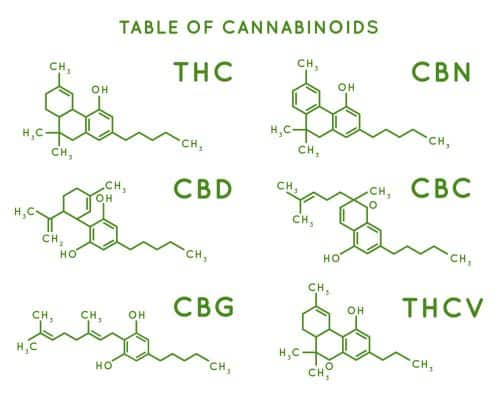 Although THC and CBD may be the most well known, did you know that there are over 100 different cannabinoids in the cannabis plant? These compounds interact with the endocannabinoid system in the human body, which controls a variety of physiological and cognitive processes.

Terpenes are naturally occurring compounds commonly found in plants and foods. They are responsible for the aromas and flavours associated to various cannabis strains. Additionally, terpenes play a vital role in attracting pollinators and repelling predators as well as helping the plant to recover from damage. 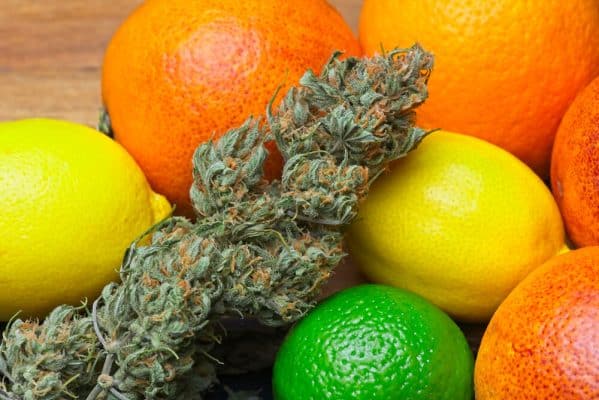 Despite the classification of indica and sativa strains, recent studies suggest that it is completely inaccurate when describing a strain’s effects. This is because each cannabinoid and terpene offers its own unique benefits and effects. Additionally, the effects can vary depending on the other chemical compounds present – the other cannabinoids work synergistically together to enhance their effects. This is what’s known as the entourage effect.

Indica vs Sativa: The Great Debate 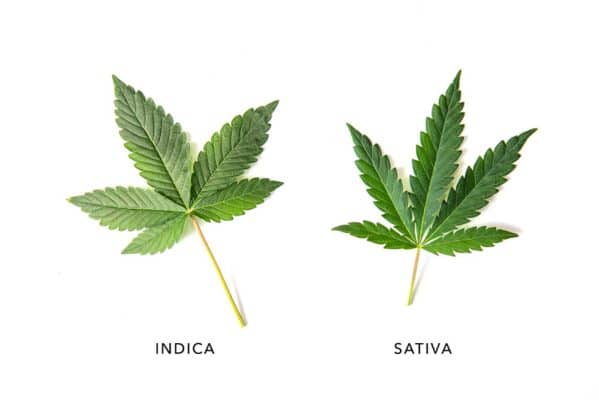 Choosing the Right Cannabis Strain For You

Patients commonly wonder if indicas are better than sativas and vice versa. Similar to wine and cheese, everyone has their own personal preference when it comes to cannabis. Depending on the effects you’re looking to acquire, you may prefer sativa like effects over indica.

Looking for pain relief? Indica’s have you covered. Appetite stimulation? Try a sativa dominant strain. No matter what flavours you prefer, there are always new and unique strains being created every day!