Extracts, concentrates, oils, vapes, they are all good products. But, the joint is beyond that – it’s iconic. No matter what manufacturers come up with, the joint stays the top pick of every cannabis enthusiast and the thing he/she comes back to over and over. We can debate whether some of the products are better than others but we think that (and we are being subjective here), joint is the proper way cannabis should be consumed. There’s just something about rolling your joint, grinding your weed and lighting it up for the first inhale. It’s magical. Most people know how to make a joint. There are tons of tutorials on Youtube which you can watch in order to learn it. It’s not that hard but you do need to try it several times in order to get a hang of it. Even though for many cannabis lovers rolling a joint is a work of art, for some people it’s hard and often quite boring. They usually ask someone else to roll a joint for them or wish that they could buy a pre-rolled joint from the counter. And now, they can.

Ten or so years ago, weed wasn’t legalized in many countries. There weren’t dispensaries which were selling weed legally and thus, you couldn’t go and buy a pre-roll. Shops in Amsterdam, the cradle of weed world, were first to implement this product in their catalogue. They realized that people come to the shop for a cup of coffee and don’t really have time to roll a joint. They wanted to smoke one but they didn’t want to bother making it. So what did they think of? Well, they started rolling the joints for those people. Amsterdam is a tourist city and let’s face it, many people visit it just because it’s weed-friendly. It’s a beautiful city at the same time though and you should definitely visit it. Tourists enter the shop looking for some good weed and want to smoke it at that exact moment. That’s the joy in it. So, shop owners made pre-rolls as a way to satisfy these customers. It was an immediate hit. People loved it and from that moment, pre-rolls were a staple product in every weed or cookie shop in Amsterdam.

And, even though we do love rolling joints, we think that pre-rolls are amazing. A pre-roll is essentially a joint which is pre-rolled and ready to go. It’s almost always stored in a special container which is meant to preserve the freshness of the joint. When you buy a pre-roll, it can remain unused for months. When you feel like using it, you just open the container and smoke it.

There isn’t just one type of pre-rolls. For every popular strain out there, there is a pre-roll. Of course, for some strains which aren’t that popular, pre-rolls aren’t available, but many shops offer rolling the joint for the strain of your choice. Pre-rolls are extremely good if you don’t want to bother with creating a joint and just want to smoke it as soon as possible. For creating a perfect joint, you often need proper equipment such as rolling paper and a grinder. You also need 10-20 minutes in order to roll it. Many people don’t have the time for it, nor the equipement. It would also be weird to roll a joint on the street yourself. In these situations, pre-rolls are a lifesaver.

These products are also good as a standalone gift. Imagine that you have a buddy who is a hardcore cannabis lover. What would you buy for him? Pre-roll is an amazing gift. He/she can store it for several months before opening it and in most cases, the package in which pre-rolls come are beautiful. All in all, if you want to smoke a good joint without wasting time on rolling it, pre-rolls are for you. If you wish to buy it as a present for someone, it’s also a good pick. It is also important to say that pre-rolls aren’t even that expensive. On Cannalyft, most of them are priced at around 10 dollars, which we think is more than a reasonable price. 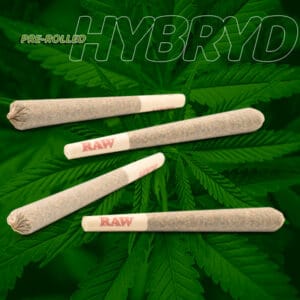 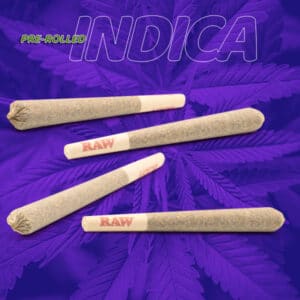 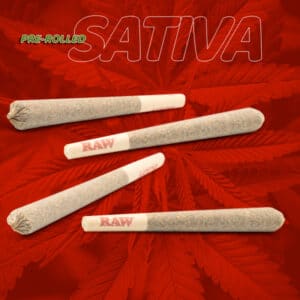