You have probably heard how smoking weed seeds and stems can harm you. But did you do your research and get accurate information?

Cannabis refers to the actual bud instead of the flower, leaves, seeds and stems.

We’ve all heard about certain myths and unchecked pieces of advice related to the consumption of marijuana. One of them is about smoking weed seeds and stems and how consuming them influences your body. If you think of rolling a joint with one of these, think again and read the following text first.

Before the weed market was developed, a lot of common misconceptions were present among herb lovers. As said before, one of them is that smoking weed seeds or stems will get you high. Sadly, this is not true.

Several studies claim that seeds don’t contain relevant THC and CBD doses while stems withhold minimal residue, which is not merely enough to produce a high.

Although a specific part of the cannabis community disagrees, it is proven that neither seeds nor stems possess enough THC to get you tripping.

Besides the apparent absence of THC and other cannabinoids, smoking weed seeds or stems might cause uncomfortable side effects and pose a health risk.

The Negative Effects of Smoking Weed Seeds and Stems

The first risk isn’t directly related to the marijuana plant’s specific parts since the burning consummation of the bud, flower, leaf or any part of the plant is considered a health risk.

Because while inhaling smoke, you are exposing your lungs to various toxins and carcinogenic material. The combustion of materials like seeds and stems releases these toxic particles.

Next, users who tried this controversial practice report hard and vigorous headaches, sore throat and coughing in a high percentage of cases, while others even claim they experienced severe nausea.

Besides these often effects, gastrointestinal problems and abdominal pain appear to happen in a smaller percentage of people.

Some even claim that smoking seeds cause infertility, although this is just a thesis, and no evidence has been published supporting the theory.

How to Put Marijuana Seeds and Stems into a Good Use? 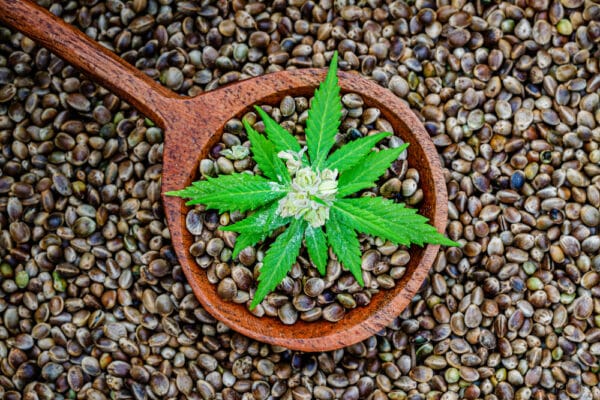 Assuming you own quite a big stash of seeds and stems and don’t want to throw them away, consider putting them into an alternative use since burning them should be avoided.

We’ve come up with a couple of ways to use them both creatively and effectively.

Take your collected branches and break them down into smaller parts. Next, please put them in a plastic bag, place them in a freezer and keep adding additional stems you collected until you fill the bag up (around 100 grams of branches). Shake it up, and the frozen residue will start falling off. Remove the stems and obtain the kief at the bottom of the plastic bag.

First and foremost, it is essential to perform decarboxylation before using the stems for any processing to produce hash, extracts, or edibles. Decarboxylation presents a heating process performed to release THC from its precursor THCA. It does sound complicated; however, you only need to spread the stems evenly on a tray and place the oven tray in the oven at 100 C for about an hour.

First, you’ll need a decent amount of non-rubbed stems. Pour 450 ml of water and a spoon of coconut oil in a saucepan while chopping your stems into smaller branches. Next, add them to the water (not boiling) while stirring. Leave them to boil for around 7 minutes while you wait for the liquid to reduce. Next, strain the stems, let them cool off and voila. Feel free to add sugar, honey, lemon or any sweeteners you may find since plain cannabis tea can have a pretty rough taste.

For making cannabutter, you will need enough stems to fill up half of the pan. Using stems instead of buds will produce a similar effect and product but keep in mind that the high will not be as potent as actual marijuana flower edibles. However, adding the stem butter will create a decent buzz. 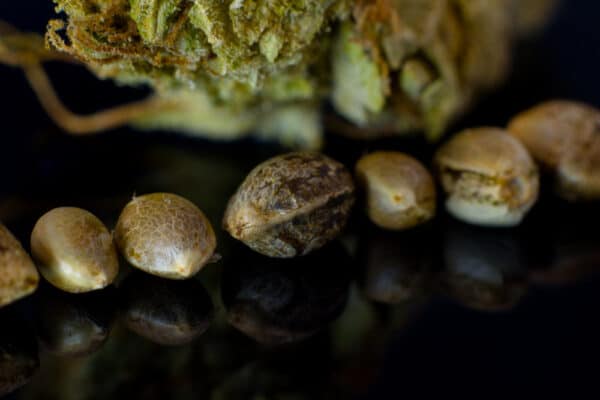 Using gathered seeds for planting marijuana is not recommended since most of them aren’t botanically right. Instead, use certified seeds and hybrids.

As said before, smoking weed seeds and stems presents a health risk since these materials’ combustion is highly toxic and carcinogenic. Additional side effects include headaches, gastrointestinal and lung problems.

Still, you can put them to good use if you decide to make cannabis tea, collect kief or produce canna(stem) butter.