Vaping. In today’s society vaping is a popular act amongst many, especially targeted teens. With many forms of vaping, whether its vape pens, mods, hookahs, pod mods, juuls, etc., consumers use it as an alternative to regular smoking habits. Many use vaping as an anxiety reliever, a high, for relief within social settings, or even as a route on their journey to eventually quit smoking overall. And much more. Does it still have effects like smoking does? Of course, however many think it’s healthier than standard smoking. But is it? 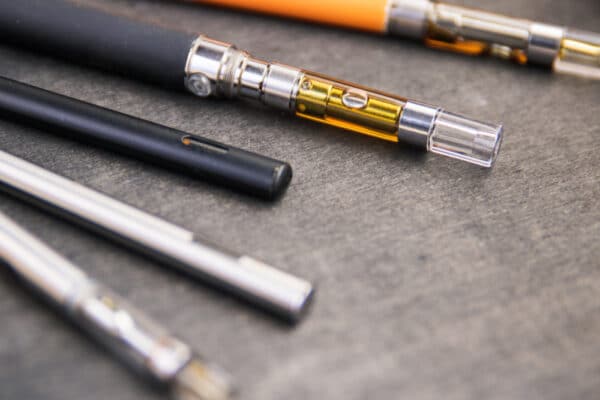 Vaping is the act of a user orally inhaling vapour, which is created within a vaping device such as:

The way this works is, each vape device is equipped with a cartridge where liquid (vape juice) or oil is placed. These liquids are flavoured, but still contain nicotine and chemicals as any other smoke-related device would. There is a wire coil inside each device that heats up the desired liquid, causing it to vaporize, thus what the consumer inhales.

How to Vape Cannabis

Vaping cannabis is just as simple as using the liquids and the process is similar as well. Except, with vaping cannabis, this requires you to heat the cannabis flower in the cartridge rather than a flavoured liquid. Once the flower is heated to the necessary temperature, it vaporizes and is ready for inhalation. As for which devices are proper to use for vaporizing cannabis, the top three are tabletop vaporizers, portable vaporizers, and vape pens. 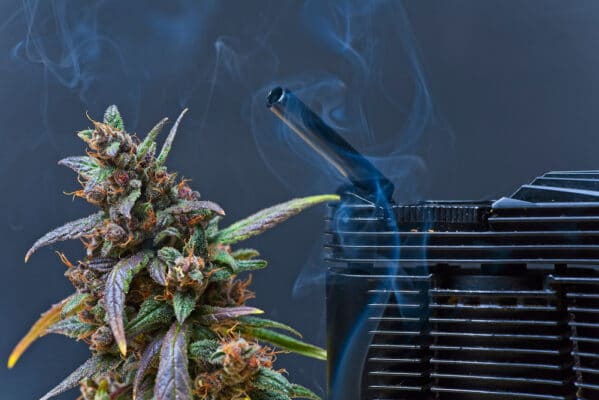 In order to determine whether or not vaping is in fact a healthier alternative to smoking, the two choices have to be compared. As mentioned before, the two acts do indeed have negative effects on human bodies and health. It’s commonly known that smoking cannabis can lead to lung problems, thus caused due to the nicotine inhalation leaving what are essentially pockets of air between the chest wall and the lungs itself.

Along with this, smoking cannabis can also trigger chronic bronchitis, coughing/wheezing, mucus build-up, and a weakened immune system. The worst part is, cannabis smokers are actually inhaling tiny, burning hot pieces of debris with every puff. Similarly, vaping cannabis has been known to cause excessive coughing and harm to one’s lungs as well. However, impaired memory and an increase in one’s heart rate are also common factors of vape usage.

Is One Safer Than The Other?

Now, onto the most anticipated question – which one is safer, if any? As mentioned above, we know that both actions are extremely harmful to the consumers overall health. Based on the comparison of vaping and smoking cannabis, it’s safe to say that neither are safe. However, studies have shown that vaping has in fact caused more damage to the consumer’s body than smoking. Sure, smoking is inhaling debris and damaging multiple functions of the body, but overall vaping not only harms users lungs, but their mind as well. Therefore, the short answer to this question would be that neither is a safe alternative but if a user were to choose, it seems as if smoking cannabis would be the slightly-less impactful way to go.

Although vaping has some seriously negative effects to using and is very harmful towards the consumer’s body and functions, there are some benefits. Vaping cannabis is beneficial in that:

Vaping negatively impacts brain development. The addictive chemicals and nicotine have a negative effect on the brain development and functioning. Essentially, these chemicals attack the prefrontal cortex of the brain, thus affecting decision-making, better judgment, ability to plan, and many other functions that were once simple.

Another risk of vaping is damage to the lungs. Vaping has been linked to irreversible lung damage and lung disease in users. This happens when there is a build-up of white blood cells and oil formed within the lungs. Mouth and gum disease is a third high risk of vaping.

While vaping and entrapping the nicotine within the body, the nicotine could actually cause swelling and gum inflammation. Thus causing gum disease. Consumers don’t usually pay much attention to this risk but it’s very easy and likely to happen. The most common symptoms of gum disease are bright red and irritated gums followed by horrible bad breath.

The final and most serious risk of vaping is heart issues. Vaping increases the chances of the consumer having a heart attack by causing an increase in blood pressure, adrenaline, and heart rate. 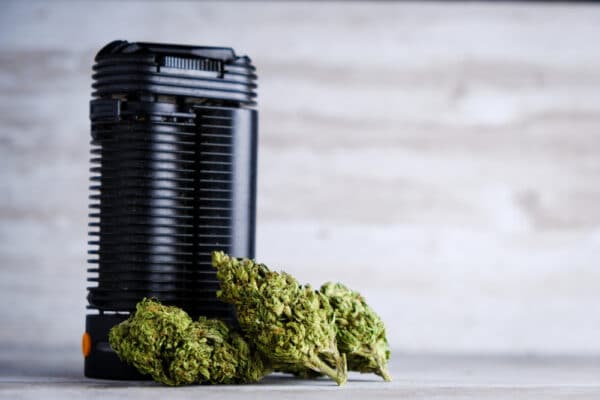 Overall, taking part in vaping or smoking cannabis will indefinitely cause many bodily risks. Neither form of inhalation is safe, however it’s all based on preference when it comes down to which act a consumer will choose, if they choose one at all. If you or someone you know is a cannabis consumer of any kind, hopefully this information has been helpful to you and your journey. Stay safe!

How long does it take to feel the effects after vaping cannabis?

This depends on the amount of cannabis being vaped by the consumer. Vaping cannabis has been known to have a slight delay in effects, however consumers have started to feel the effects anywhere between 2 to 10 minutes after inhalation.

What is the price for a THC vape cartridge? 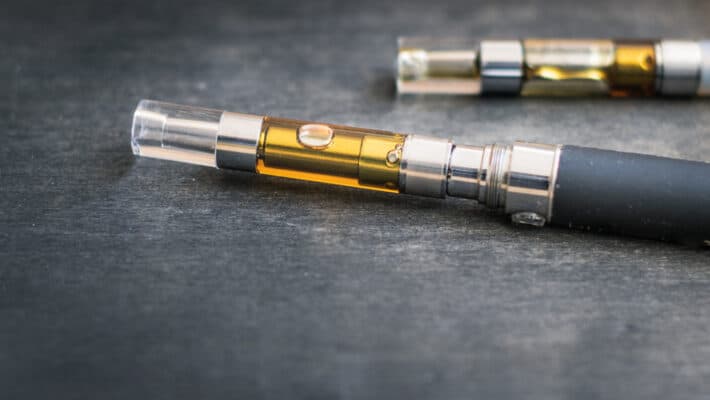 Does vaping cannabis leave a smell?

Vaping cannabis leaves off a much lighter, less intense smell. About 20% of the smell from smoking cannabis. However, because it is still cannabis, there is still a chance of getting a whiff of heated cannabis, but it is similar to the smell of slightly overcooked popcorn.